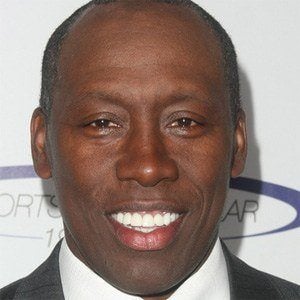 Part of a dominant track and field family, he won a gold medal in the triple jump at the 1984 Summer Olympics in Los Angeles.

At the 1984 Olympics he won the Jim Thorpe Award, given to the best American athlete in a field event.

He was married to legendary athlete Florence Griffith Joyner.

His sister is Jackie Joyner Kersee, considered by many to be the world's greatest female athlete.

Al Joyner Is A Member Of