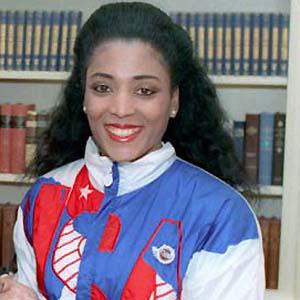 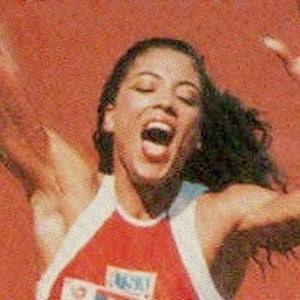 American track and field athlete best known for setting the world records for both the 100 meter and 200 meter sprints. She won three gold medals at the 1988 Olympics, as well as two silver medals. Fans occasionally refer to her as Flo-Jo.

She had to drop out of college and become a bank teller when financial troubles embroiled her family.

After setting a trial world record at the 1988 Olympics, rumors began to circulate that she was using performance enhancing drugs, but numerous tests disproved these claims.

She was briefly engaged to Olympic hurdler Greg Foster. She had a daughter, Mary Ruth, with her husband Al Joyner.

She and diver Greg Louganis were two of the stars at the 1988 Olympics.

Florence Griffith Joyner Is A Member Of