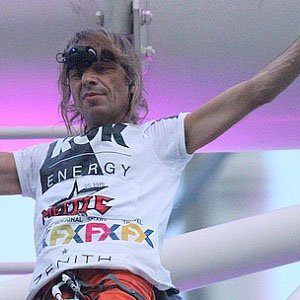 Rock climber and urban climber known for his dangerous and sometimes unlawful scalings of massive skyscrapers and landmarks.

He began rock climbing at a very young age.

He was born in Digoin, France.

Due to his incredible climbing ability, he is nicknamed the "French Spider-Man," after Stan Lee's Marvel character.

Alain Robert Is A Member Of