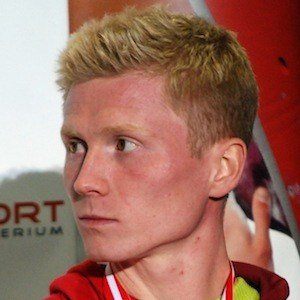 Rock climber who has been hailed as the best in Norway's history, winning a dozen Norwegian titles by 2017. He has ascended ultra-difficult routes like the Cosi Fan Tutte and the Ali Hulk Sit Start Extension during his illustrious career.

He grew up in Oslo, Norway.

An October 2011 video of his unusually demanding training regimen went viral on YouTube, being viewed more than one million times.

He has climbed some of the same routes as the Czech Republic's Adam Ondra.

Magnus Midtbo Is A Member Of