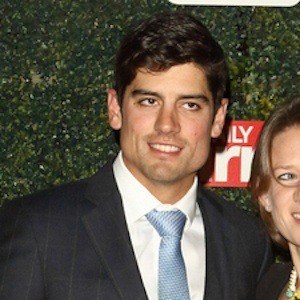 Opening batsman who captained England's Test team a national-record 59 times from 2009 to 2017. He also served as the ODI captain from 2010-2014, setting another national record with 69 appearances as skipper. He carried his bat to an unbeaten 244 during the 2017 Boxing Day Ashes Test, the highest score ever for a playing carrying his bat through an innings.

He joined the Essex Academy at age 15 and made his first-class debut right after he finished school at the end of the 2003 season.

He married his childhood sweetheart, Alice Hunt, in December of 2011. He has a daughter named Elsie.

He took over for Andrew Strauss as captain of the English Test team. Joe Root replaced him as captain in 2017.

Alastair Cook Is A Member Of