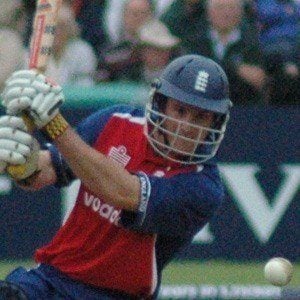 Opening batsman who received a number of accolades during his time with the Middlesex cricket team.

He was just the fourth batsman to score 100 at Lord's Cricket Ground on his debut.

In 2012 he announced his retirement from the sport, with Alastair Cook taking over captaining duties.

He married Ruth McDonald in 2003 and he has two sons, Luca and Sam. He grew up in England, with his family moving there when he was six.

Andrew Strauss Is A Member Of