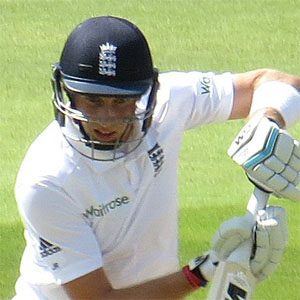 Opening batsman who joined Yorkshire in 2009 and made his international test cricket debut for England in 2012. He was England's Test and Limited-Overs Cricketer of the Year in 2015.

He earned a scholarship to play for Workshop College when he was 15 years old.

He helped England win an ICC Champions Trophy in 2013. He was named the 2014 Wisden Cricketer of the Year.

He joined Luke Wright on England's national team in 2012.

Joe Root Is A Member Of