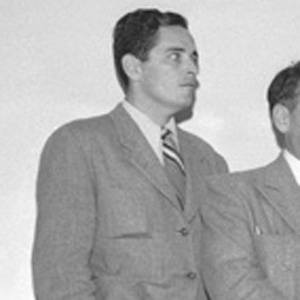 Screenwriter and author who was one of the blacklisted individuals by Hollywood Studios, labeled the Hollywood Ten.

He attended the Yale School of Drama.

He was the recipient of the O'Henry award in 1938 for The Happiest Man on Earth, a story published in Harper's Magazine.

He married his wife Margaret.

Like writer Aaron Sorkin, he once won the Oscar for Best Adapted Screenplay.

Albert Maltz Is A Member Of