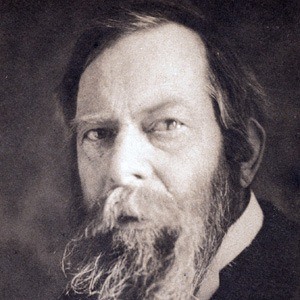 Pioneering Modernist painter known for his allegorical and symbolic artwork and seascapes. His works included "The Lone Scout" from 1885 and "Siegfried and the Rhine Maidens" from 1891.

He attended the National Academy of Design, where he displayed his first paintings in 1873. He met artist Julian Alden Weir during this time; the two would form an inseparable, lifelong bond.

He had a posthumous exhibition held in his honor at the Metropolitan Museum of Art in New York.

He was born in New Bedford, a whaling port town at the time, which developed in him a profound appreciation for the sea. He had three siblings, one of whom managed The Hotel Albert, which is now a historical landmark.

Albert Pinkham Ryder Is A Member Of