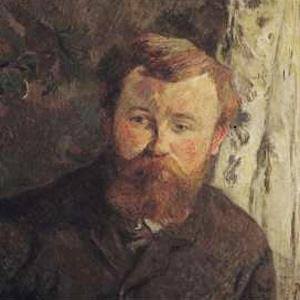 Post-Impressionist artist who depicted village life in Tahiti in such colorful works as "Spirit of the Dead Watching." His work became popular after his death and influenced such notables as Pablo Picasso and Henri Matisse.

He grew up in Peru and France and joined the French merchant marine as a pilot's assistant at age 17. He then worked as a stockbroker at the Paris Bourse and was a highly successful businessman for over a decade.

He suffered from syphilis and alcoholism and died in French Polynesia at age 54 from a morphine overdose.

He married a Danish woman named Mette-Sophie Gad, with whom he had five children. His passion for art eventually consumed him, and his wife kicked him out. He returned to Paris where he spent the rest of his life battling depression.

He was a friend and artistic contemporary of fellow renowned painter Vincent van Gogh.

Paul Gauguin Is A Member Of