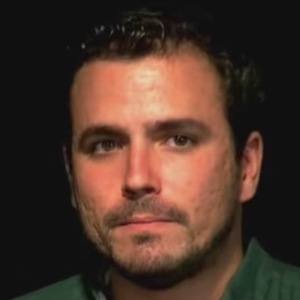 Spanish politician, economist, and member of the Communist Party of Spain as well as the United Left. He is also known for having been the Secretary of Constituent Process in IU from 2014 until 2016.

He attended the University of Malaga where he majored in Economics. When he turned 18, he joined the United Left The Greens-Andalucia. He went on to earn his Master's in International Economy and Development at the Complutense University of Madrid. He was first elected as a Deputy in the Spanish Parliament on the IU list for Malaga in 2011.

He has held several other positions within Spanish government including IU Secretary for Constitutional Process, a Member of the Congress of Deputies, and the IU Secretary for Global Economic Policy.

Other graduates from the University of Malaga include Gabriela Merino and Jessie Chanes.

Alberto Garzón Is A Member Of