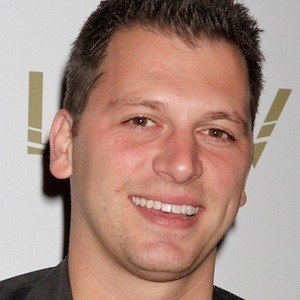 Bravo TV reality personality who stars alongside his family on Manzo'd with Children, a spin-off of Real Housewives of New Jersey.

He worked with his brother Chris in the restaurant Little Town New Jersey and BLK beverages. He attended law school for a brief amount of time.

He created a brand development company called The New Star Group that he has used to invest in several different ventures, including getting involved in cannabis in Colorado.

He is the oldest son of Caroline and Albert Manzo.

Albie Manzo Is A Member Of