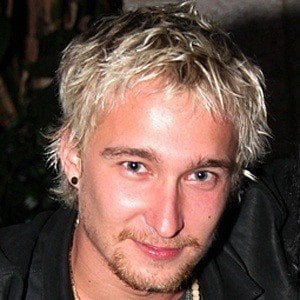 American painter and graffiti artist who has worked in a number of urban environments including New York City, Miami, and Los Angeles. His work often depicted various pop culture characters.

He began his career as an urban street artist by manipulating the many billboards in Los Angeles.

He is best known for his Monopoly Man graffiti caricature. He has enjoyed exhibitions in Miami, Moscow, Bangkok, and other cities. Celebrities Miley Cyrus and Snoop Dogg are known collectors of his work.

He is the son of wealthy financiers.

Alec Monopoly Is A Member Of