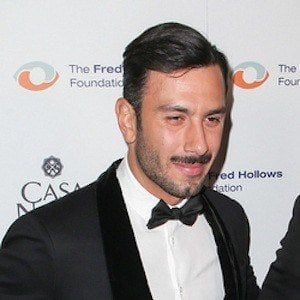 Professional artist who has held solo exhibitions titled Painting about Sex, Flesh and Violence, lol and High Notes in London and Stockholm, respectively. He became a studio holder as a founding member of The Bomb Factory Art Foundation in Archway, North London.

He studied painting at the Pernby School of Painting in Stockholm from 2004 to 2006 before heading to the Konstfack University College of Arts, Crafts and Design to earn his Bachelor of Arts in fine arts. In 2011, he received his Master's in fine arts.

His artwork and moments taken from his personal life are on display on his jwanyosef Instagram account which is followed by more than 700,000 individuals.

He posted a picture of himself with Ricky Martin and Miguel Angel Silvestre on Instagram.

Jwan Yosef Is A Member Of