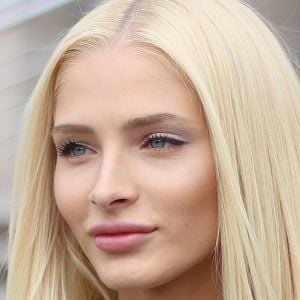 Famous for her participation in the 2013 Mercedes-Benz Fashion Week and for her modeling work in Asia, Europe, and the United States, she is also notable as the runner-up in the 2012 Miss Russia beauty pageant.

She began modeling at the age of thirteen and went on to win the Image 2008 beauty contest.

She was born in Tyumen, Russia, to Alex and Nadezhda Shishkov. In early 2014, she and Russian hip hop artist Timati welcomed a daughter named Alice.

She and fellow Russian model Oxana Fedorova have both competed in high-profile beauty pageants.

Alena Shishkova Is A Member Of