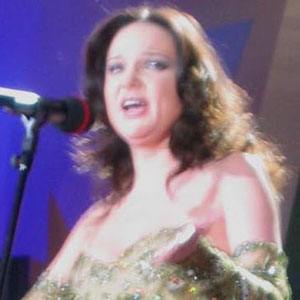 A competitor in the Eurovision Song Contest whose song “Cvet z juga” made her the first Slovene to qualify for the grand final.

She attended the Universität Mozarteum Salzburg for music.

She has performed in more than ten operas, including The Magic Flute and Don Giovanni.

She was born in Rodica pri Domžalah.

Both Gotar and Ira Siff are known for their operatic appearances.

Alenka Gotar Is A Member Of