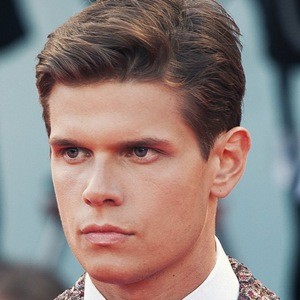 Male fashion model who best recognized for having walked for Dolce & Gabbana at a number of high profile industry events. He also starred on the popular teenage sitcom The Band.

His career began at the age of 13 when he landed his first commercial.

In 2017, he competed on the reality TV show Pechino Express.

He is from Serbia.

He posed for a photo with rapper Giuseppe Bockarie Consoli in early 2018.

Alessandro Egger Is A Member Of