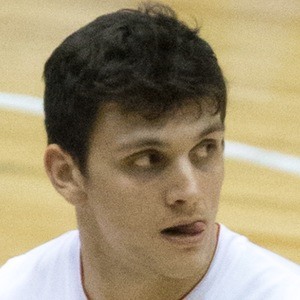 Shooting guard and small forward who is famous for his international club career, including for Italy's Serie A (LBA) club Virtus Bologna. He was named the LBA's Best Male Player in 2014 after leading Olimpia Milano to the Italian League championship.

He began his youth basketball career in 2007 with Treviso Basket. He made his professional debut with the club in 2009.

He helped lead Panathinaikos to a Greek Cup championship win in 2017. He previously won the Italian Supercup with Olimpia Milano in 2016.

He was taken in the 2014 NBA Draft by the Minnesota Timberwolves alongside Zach LaVine.

Alessandro Gentile Is A Member Of