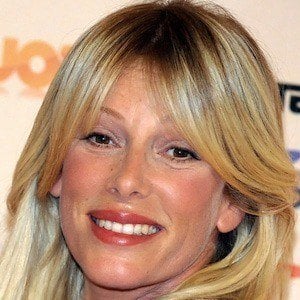 Italian actress and TV host known for her work presenting Colpo di Fulmine, Festivalbar, and Grande Fratello (Big Brother). She also appeared in the movie Gunslinger's Revenge and on the show Carabinieri.

She started her hosting career in 1991, when she assumed positions on Attenti al Dettaglio and Qui si Gioca.

She founded a clothing brant called La Pinella. She has an astounding Instagram following of more than 5 million.

She has a son named Tommaso with former soccer player Simone Inzaghi. In 2011 she had a daughter named Mia with DJ Francesco Facchinetti, whom she was briefly engaged to until October 2012. In 2014, she married Paolo Calabresi.

She took over as host of Grande Fratello from Barbara d'Urso.

Alessia Marcuzzi Is A Member Of