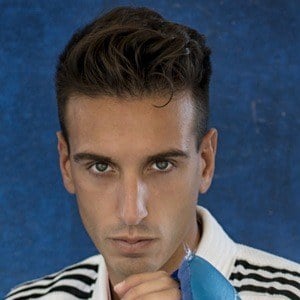 MMA middleweight and light heavyweight who has gained fame for his career fighting in the Bellator and UFC promotions. He won the knockout of the night honor in September 2008 at UFC Fight Night after earning notoriety as a champion Sanshou kickboxer.

He was formerly the Italy Chinese Kung Fu Association's Italian heavyweight champion. He fought at Bellator 190 for the Bellator Middleweight Title, where he lost in December 2017.

He married his wife Adele in 2012. He shares two children named Leonidas and Marcus with her.

He appeared in UFC 65: Bad Intentions alongside Georges St-Pierre.

Alessio Sakara Is A Member Of