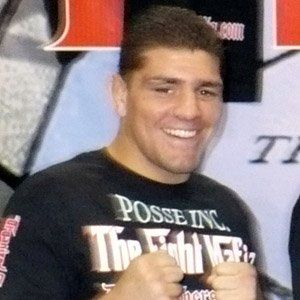 He developed impressive stamina while competing on his high school's swim team.

He became the first fighter in Strikeforce history to defend the Welterweight Championship 3 times before abandoning it to return to the UFC.

His brother Nate also became an MMA fighter in the UFC.

After losing via unanimous decision in a UFC Interim Welterweight Championship fight to Carlos Condit in February 2012, he was suspended for a year after marijuana metabolites were found in his post-fight drug test.

Nick Diaz Is A Member Of