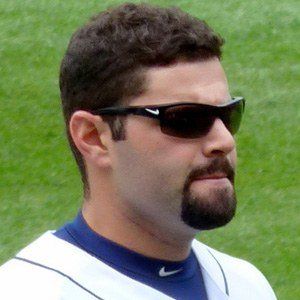 MLB catcher who began his career in 2009 with the Detroit Tigers.

After an All-SEC selection and a junior year batting .343 he signed with the Tigers.

He appeared in his first MLB All-Star game in 2011.

His father and grandfather became friends with Tommy Lasorda, and Lasorda became the godfather to Alex.

Alex Avila Is A Member Of