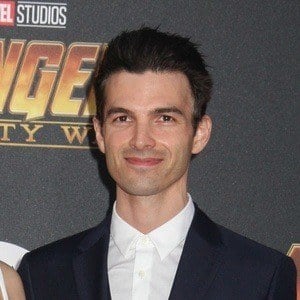 Singer and founding member of the rock band Phantom Planet, best known for their song "California," which became the theme song for the TV series The O.C. He'd later become a member of bands such as The Business Intl. and Phases. He has also acted in films like Donnie Darko.

He learned to play guitar when he was ten years old. He formed Phantom Planet in his teens with childhood friends.

He co-produced and appeared in the band, The Young Veins, debut record, Take a Vacation!

He is extremely close to his mother, whom taught him how to play guitar. He began dating actress Brie Larson and the two became engaged in May 2016; they called off their engagement two years later. He and actress Phoebe Tonkin later started dating.

He is a good friend of and former co-star with the actor Jake Gyllenhaal.

Alex Greenwald Is A Member Of