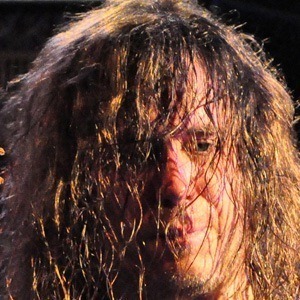 Bassist for the death metal band Cannibal Corpse and for Blotted Science.

He used to be in the band Beyond Death.

He co-founded Blotted Science, whose debut album, released in 2007, was called The Machinations of Dementia.

He started playing the bass when he was thirteen.

He is a fan of Malcolm Young from AC/DC.

Alex Webster Is A Member Of