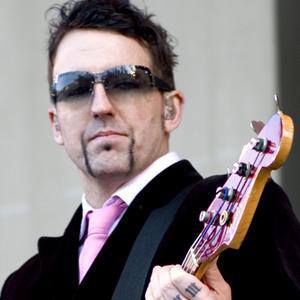 Former bassist for The Black Crowes, the group known for songs like "Hard to Handle," and who started playing bass for Lynyrd Skynyrd in 2012.

He was a founding member of The Black Crowes in 1989.

He found television success as the host of the Travel Channel series At Full Volume.

He had brief reality fame on TLC's Battle Ground Earth with rapper Ludacris in 2008.

Johnny Colt Is A Member Of