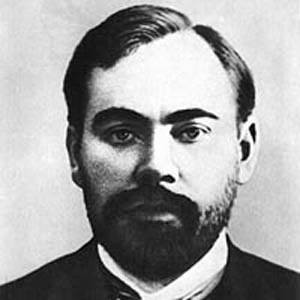 Co-founder of the Russian Social Democratic Labor Party, and the inventor of "tectology" philosophy, which is now considered a precursor for systems theory. He was also known for his important work in blood transfusion.

He was arrested for demonstrating against Professor Vasily Klyuchevsky while working on his medical degree in Moscow.

He was a pioneer in blood transfusion experiments and died after infusing his own blood with a student's, who was secretly afflicted with malaria.

He was the second of six children.

He and AIDS awareness activist Ryan White both died due to complications from blood transfusions.

Alexander Bogdanov Is A Member Of