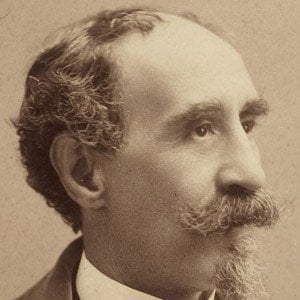 Known as "Herrmann the Great," he performed a world-famous magic act. He became known for his card-throwing and bullet-catching tricks.

He studied with his brother Carl, who was also a traveling magician. Alexander, Carl, and their fourteen siblings were the children of Samuel Herrmann, a doctor and occasional magician.

It was in St. Petersburg, Russia at a banquet for the Spanish minister that he was dubbed "Herrmann the Great."

He met his future wife, a dancer by the name of Mademoiselle Scarcez, on a ship and persuaded her to marry him before they reached the shore.

The bullets used in his bullet-catching trick were fired out of the same kind of gun that later killed magician Chung Ling Soo while he was performing the same trick.

Alexander Herrmann Is A Member Of