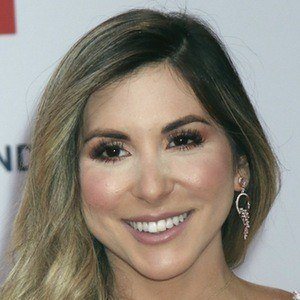 Venezuelan model who found fame as a finalist on the beauty pageant and reality show Nuestra Belleza Latina in 2011. She went on to become a television host for Esta Noche Tu Night, SB Music and more.

She spent her childhood on Margarita Island in the Caribbean Sea. At sixteen, she moved to the United States, where she graduated with honors from Florida Atlantic University.

She played the lead role in Chino & Nacho's music video for "Niña Bonita."

Her parents are Gustavo Olavarría and Belkys Chacin. She has younger sisters named Jackelyn and Estephany.

Alexandra Olavarría Is A Member Of