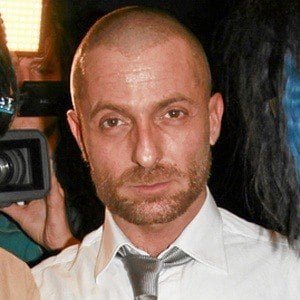 Haute couture designer who first became known as a designer for Jean Paul Gaultier for nearly a decade. He would go on to launch his eponymous brand in 2009.

From 1991 to 1994, he studied at the École supérieure des arts et techniques de la mode.

In 2012, he served as the art director for the brand Pyrenex.

He was born in Agen, France.

In 2013, he styled Kelly Rowland for her appearance as a judge on the X Factor USA.

Alexandre Vauthier Is A Member Of