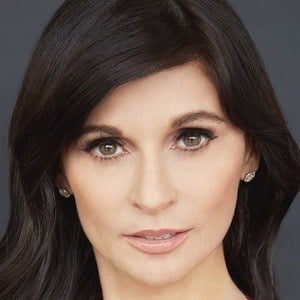 Fashion entrepreneur who rose to fame after the launch of her eponymous shoe collection. She went on to serve as the chief executive officer of Elite World Group. The Netflix show My Unorthodox Life documents her family life.

She oversaw the launch of e1972 which was the first size-less luxury brand.

She was born in Moscow, Russia, and moved to Austin, Texas, with her parents when she was three years old. She has four children, two sons and two daughters. Her eldest child is TikTok star Batsheva Weinstein. Miriam Haart is her other daughter.

As the CEO of Elite World she oversaw a network of talent that included Kendall Jenner and Adriana Lima.

Julia Haart Is A Member Of