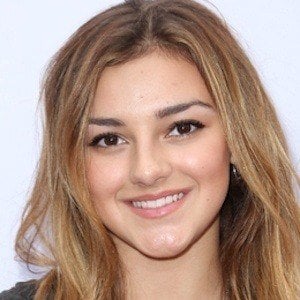 Actress and singer whose song "Thieves" can be heard in the film Bad Night. She previously released a single called "I Like It Like This."

She released a song called "Higher Than the Mountains" in August of 2008 when she was just eight years old.

She was cast in the film The Victorville Massacre and has had guest-starring roles in Dog with a Blog and Instant Mom.

She was born in Boston and raised in London, Switzerland, Arkansas and Los Angeles.

She opened for Joe Nichols and Curtis Grimes at the Stars and Stripes Summer Beach Bash on South Padres Island, Texas.

Alexis Wilkins Is A Member Of