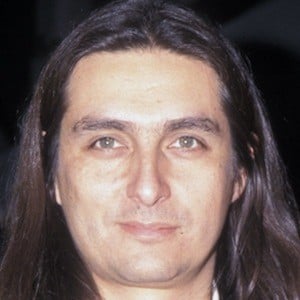 Drummer who has been a member of several well-known Mexican rock bands, including Caifanes, La Barranca and Las Insólitas Imágenes de Aurora. His first solo album, Cerro Del Aire, was released in 2011.

He was raised in the Coyoacán neighborhood of Mexico City.

He made his acting debut in the award-winning film Crónica de Familia (1986).

He married actress Cecilia Toussaint in 1994. He has a son named Julián.

He has played alongside Saul Hernández in Caifanes.

Alfonso Andre Is A Member Of