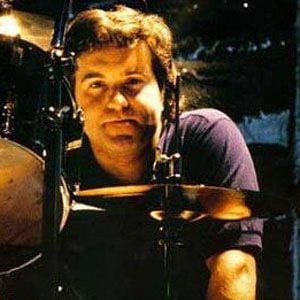 Drummer who performed with hard rock bands like AC/DC and Dio.

He started drumming when he was thirteen years old. Later, he joined Manchester-based British heavy metal band A II Z right before the group dissolved in the early 1980s.

His family was living in Oldham, Lancashire in England when he was born.

He covered "Lucy in the Sky with Diamonds," written for The Beatles by John Lennon, for the 2006 heavy metal tribute album, Butchering the Beatles.

Simon Wright Is A Member Of