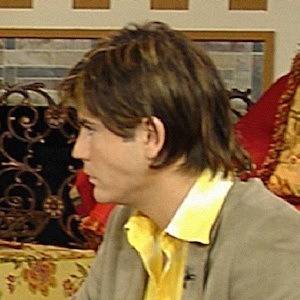 Longtime television host for TV Azteca and former anchor for Telemundo's MUN2 TV. He has also presented Miss Universe, the first season of El Factor X, and countless shows on Telemundo and Univision.

He began his career in 1996 as a DJ for Alfa Radio 91.3. He would later become a producer and host for the station.

In 2012, he worked as a director on the television series Soy tu doble.

He was born in Mexico City to Odette and Alfonso de Anda. He married Lina Amashta in 2003. He has two children named Daniel and Valeria.

He presented the first season of El Factor X, where Angelica María served as a judge.

Alfonso De Anda Is A Member Of