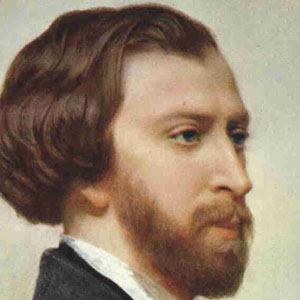 French poet, playwright, and novelist of the Romantic era. His poetry collections include Un Spectacle dans un fauteuil and Contes d'Espagne et d'Italie; his plays include Le Chandelier and Bettine.

He died of heart failure, a condition that was further complicated by his alcoholism. One symptom of his aortic trouble was a strange bobbing of his head, an indicator that came to be known in medicine as "de Musset's sign."

Alfred Demusset Is A Member Of