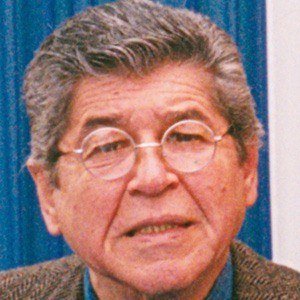 Peruvian author who is best known for his novels and short stories. Shortly after publishing his 1970 novel, Un mundo para Julius, he received the National Prize for Literature.

He was born into an upper-class, Anglo-Peruvian family. He went on to study literature and law at the National University of San Marcos.

He grew up as one of five children. He was married three times: to Maggie Revilla, Pilar de Vega Martinez, and Ana Chavez.

He wrote a university thesis on the literary work of Ernest Hemingway.

Alfredo Bryce Is A Member Of