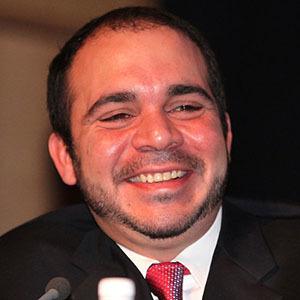 He graduated from Salisbury School in Connecticut. He then entered the Royal Military Academy in Sandhurst. He served as King Abdullah II's Special Security in the Royal Guards. He then announced his bid for FIFA President in October of 2010.

He is the third son of King Hussein of Jordan and marries Princess Rym Al Ali in 2004.

Other members of the Hashemite family lineage include Haya Bint Hussein and Ayah bint Faisal.

Ali bin Hussein Is A Member Of