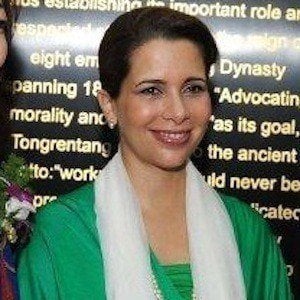 Jordanian royal family member who is recognized for being the Princess of Jordan. She was born to the Hashemite family making her a direct descendant of the prophet Muhammad.

She was born into royalty and attended the University of Oxford.

In 2007, she became a member of the International Olympic Committee.

She is the daughter of King Hussein of Jordan and his third wife Queen Alia.

She and poet Suheir Hammad were both born in Jordan.

Haya Bint Hussein Is A Member Of