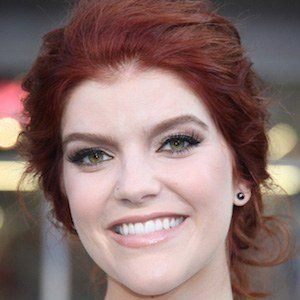 Canadian actress whose big break came in 2014 when she was cast as Liz in the drama If I Stay. She has since appeared in recurring roles on series like When Calls the Heart and Lost & Found Music Studios.

She was a lead voice in the Vancouver Children's Choir.

In addition to acting, she is a singer whose album I Dare You was released in 2009. In 2015, she began performing under the alias WILLA.

She has a brother named Smith.

She co-starred with Chloe Grace Moretz in If I Stay.

Ali Milner Is A Member Of