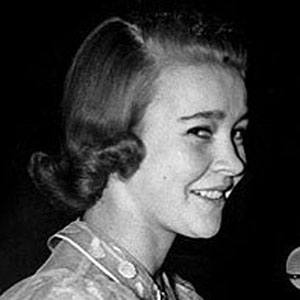 Swedish singer and actress known for her roles in films like 1952's Dromsemestern and her collaborations with Duke Ellington.

She became the first artist ever to represent Sweden in the Eurovision Song Contest in 1958.

She was known for her ability to sing in three octaves, an ability held in high esteem by her peers.

She had a long period of collaboration with famed jazz bandleader Duke Ellington.

Alice Babs Is A Member Of