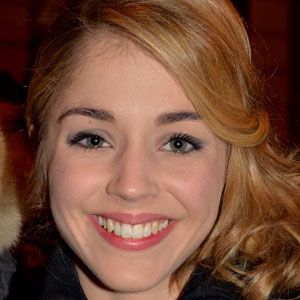 Film and television actress best known for appearing in the award-winning comedy The Gilded Cage.

She was nominated for the Lumières Award for Most Promising Actress for her work in La Crème de la crème.

She was born in Bordeaux, France. She has a sister named Laura.

She starred alongside Julie Depardieu in the 2014 film Les Yeux jaunes des crocodiles.

Alice Isaaz Is A Member Of