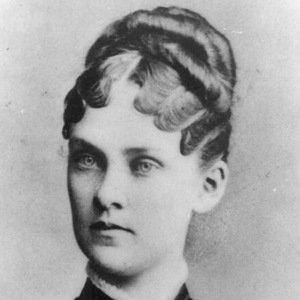 Remembered as the first wife of U.S. President Theodore Roosevelt and the mother of his first child, this Massachusetts-born woman died of kidney disease less than forty-eight hours after giving birth to the couple's daughter, Alice Lee Roosevelt.

She first met Theodore Roosevelt in late 1878 and became engaged to him on Valentine's Day of 1880 (tragically, she died on this same date just four years later). The two, who were reportedly very much in love, were married on the future president's twenty-second birthday.

Bright's Disease, the condition that killed Roosevelt in her early twenties, was not diagnosed prior to her death because her pregnancy made its symptoms less obvious.

The daughter of Caroline Watts Haskell and George Cabot Lee, she was raised in Chestnut Hill, Massachusetts.

Her daughter, Alice, was raised from the age of three by Theodore Roosevelt's second wife, Edith Roosevelt.

Alice Lee Roosevelt Is A Member Of