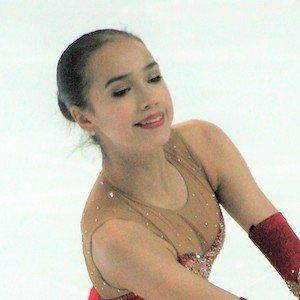 Figure skater who dominated the competition in 2017, winning the Grand Prix Final, World Junior Figure Skating Championships and ISU Junior Grand Prix Final. At the 2018 Winter Olympics, she won gold in the ladies' individual event with a world record score of 82.92, and helped Russia win a silver medal in the team event.

She began learning to skate in Izhevsk, Russia under the tutelage of Natalia Antipina.

Her father is hockey coach Ilnaz Zagitov. She has a younger sister named Sabina. She moved to Moscow at 13 with her grandmother.

She was named after Russian gymnast Alina Kabaeva.

Alina Zagitova Is A Member Of