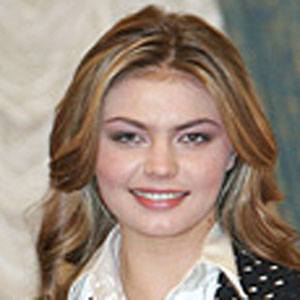 Former rhythmic gymnast who won gold at the 2004 Athens Summer games after winning a bronze at the previous Olympic Games in Sydney. She is a Russian Honored Master of Sports. In 2007, she transitioned into politics as a State Duma Deputy. In 2014, she became chair of the board of directors of the National Media Group in Russia.

From the age of three she started training in rhythmic gymnastics and was considered too large and ugly to be really competitive.

She won countless gold medals in world championships, European championships, World Cup Finals, Grand Prix Finals, and Goodwill Games. She was on the cover of Vogue Russia in January of 2011.

She is the daughter of former professional soccer player Marat Kabayev.

She was rumored to be engaged to Russian President Vladimir Putin.

Alina Kabaeva Is A Member Of