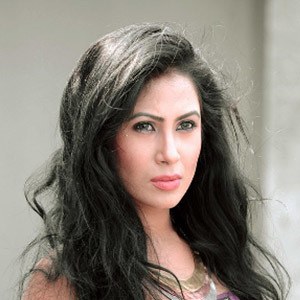 Actress who began receiving major attention by playing Aditi Madam on the Bangladeshi series 1st Date. She later branched out into film roles, starring in movies like Antaranga (2015) and Rongdhonu (2016).

She began her career as a modeling, appearing in an ad for Cova chocolate at age 14.

She received the Babisas Award for Best Actress in 2009.

Her parents are Monir Pradhan and Hosna Pradhan.

Alisha Pradhan Is A Member Of