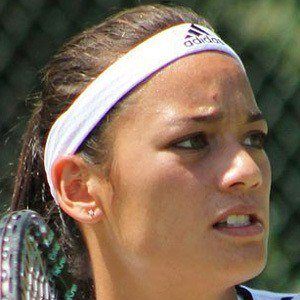 French professional tennis player who is recognized for making her Grand Slam singles debut at the French Open in 2014. Her career high ranking was number 135 in the world.

She began playing in the doubles division at the professional level in 2009.

She played doubles with Victoria Larrière in the 2011 French Open.

She is the daughter of Quang Lim and Nicole Lim.

She occasionally trained with the number one ranked Serena Williams.

Alizé Lim Is A Member Of