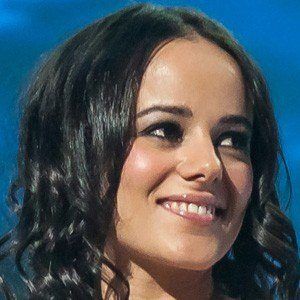 French pop artist best known for her Platinum-selling debut, the 2000 album Gourmandises. She has won and been nominated for many awards, including winning Single of the Week from NME for "Moi...Lolita."

She trained at the École de Danse Monique Mufraggi dance school from age four to fifteen.

She was named to FHM magazine's list of Top 100 Sexiest Women in the World.

She married singer Jeremy Chatelain on November 6, 2003. They have a daughter named Annily but divorced in 2012. She married Grégoire Lyonnet in 2016.

Her song, "Moi...Lolita," was featured in the 2006 film A Good Year, which starred Russell Crowe.

Alizee Is A Member Of