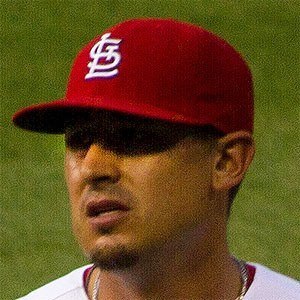 MLB first baseman who began his career with the St. Louis Cardinals in 2010 and helped the team win the World Series in 2011.

He was a 4-year starter for the University of California baseball team, playing several infield positions.

He hit the go-ahead pinch-hit single RBI in Game 1 of the 2011 World Series, and then had two home runs in the final game.

He married his longtime girlfriend Marie LaMarca in 2011.

He mentioned in interviews that Ken Griffey, Jr. was his favorite player growing up.

Allen Craig Is A Member Of