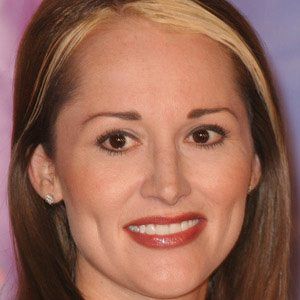 American psychic and author who was the inspiration for the television series, Medium. Her psychic-themed publications include Don't Kiss Them Good-bye (2005) and We Are Their Heaven: Why the Dead Never Leave Us (2006).

She started to sense her connection to the spiritual realm at the age of six. She studied political science at Arizona State University and interned at the Phoenix District Attorney's office.

She has been accused by skeptics such as James Randi of employing cold reading techniques and not having true psychic abilities.

She was born in Phoenix, Arizona to Mike Gomez and Tienna DuBois. She later had three daughters-- Aurora, Fallon, and Sophia-- with her husband, Joe Dubois.

Allison Dubois Is A Member Of