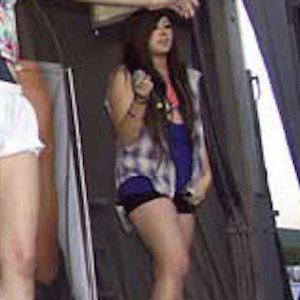 Performing alongside her sister Melissa Green, she sings and is a DJ of the electropop duo Millionaires. In 2017, The Millionaires began a seasonal residency at Drai's Beach Club in Las Vegas, Nevada.

She and her sister started Millionaires by accident while messing around on GarageBand. They were joined by a third member named Dani Artaud from 2007 until 2010.

Several of her and Melissa's songs have been featured on MTV programs, including "Ooh Uh Huh" for A Double Shot at Love, "Hey Rich Boy" for Teen Cribs and "I Like Money" and "I Move It" for My Life as Liz.

She was born in Orange County, California. Her twin Melissa is her only sibling. She married Kade Holloway on September 29, 2018.

She and Melissa toured with Mickey Avalon in the summer of 2012.

Allison Green Is A Member Of